To Thine Own Self Be YOU

You are the best in the world.  Yes, I am talking to you.  You're better than over 7 billion people at something no matter who you are.  You are the best in the world at being you.  Have you ever stopped to really think about that?  It's pretty cool.  On your best days, you're the best at being you.  On your worst days, you're still the best at being you.  Of course, this comes with a price.  On the flip side, no matter how hard you try to be like someone else you will never be as good at being that person.  So why do we spend so much time trying to be other people?  In the sporting and non-sporting world, people are constantly making comparisons.  These comparisons can come externally with comments from a coach or parent like, "Why can't you be more like "So and So?"  A much more effective method would be to focus on a specific behavior.  "I'd like you to be more focused on your swing when you are taking batting practice."  The comparisons can come internally too with thoughts like, "I can't believe he's playing over me.  I'm better than he is."  A more effective way of thinking would be, "What can I do to get better?"  Both examples can be toxic to our ways of thinking.

A lesson I have learned over the last few years as I have dived into sport psychology and psychology in general is that self-awareness is one of the best gifts we can give ourselves.  True understanding of our strengths and weaknesses, as an athlete, coach, or person, is a challenge that can be as rewarding as we make it.  Knowing who we are and why can help spark us to even greater growth and ultimately work towards fulfilling our "potential" as athletes or people.  Of course, knowing is only a start to the equation.  It is what we do with that knowledge that is ultimately what is important in our growth.

Let's start small though.  I'd like to challenge you to focus on being the best "You" possible as a player.  Understand your strengths and weaknesses.  How can you use the characteristics that make you a good player to maximize your performance?  If you are a speed guy without a lot of power, maximize that instead of making wholesale changes to try to hit bombs all the time.  If you're a soft tossing lefty who hits his spots, you may work to be able to throw any pitch with conviction regardless of count.  This isn't to say that you should not work to develop power too or increase velocity.  To just say, "I am who I am, and I always will be this way," as a high school baseball player would be to devalue any work you put into the game.  Who you are, especially at that age, is not constant.  It's ever-changing.

Last year we grouped hitters by hitter type to help them understand who they are and what they needed to be successful.  What group a hitter was in dictated what his rounds of BP would be like.  The groups looked like this:

1. Piranhas (handle the bat, bunt, can run, little power)
2. Buffalo (have power, want to drive the ball, most not fast)
3. Cobras (solid runner, can handle the bat, can bunt but can juice some gaps)

If we do the groups again this year, a couple of the piranhas would now be cobras because they have evolved as players.  They have gotten stronger and have a little more pop, but they haven't lost sight of what makes them successful as hitters.  The key is to keep in mind who you are right now so that you can best create your plan for success while also making expectations of growth manageable.  Then, continue to reset the perception you have for yourself to break through false ceilings as a player.

Sometimes in coaching I think we can be guilty of spending so much time focusing on team this or team that that we forget to appreciate the different "You's" that create the team.  In doing so, we are actually missing out on a golden opportunity to make the team we are preaching so much better.  Gregg Popovich took time before prepping for the NBA Finals last year to celebrate a day significant to Patty Mills as an indigenous Australian.   Think about that for a second.  Before starting with any X's and O's, Gregg Popovich, at the highest level of competition possible, took time to celebrate the culture of an individual and make Mills feel valued.  This feeling of value is something that makes the Spurs very special as an organization.   This isn't to say that I do not believe in the concept of "we over me," but I think to expect every player to be the same and treat them as players only is not the most effective coaching method.  Understanding the uniqueness of people is, at the very least, as important as understanding x's and o's.

So, as we celebrate the holiday season and you start making your New Year's Resolutions, challenge yourself to congratulate yourself on being the best in the world at being you.  When you make resolutions, make them about being the best you instead of being more like someone else.  I'll be doing the same from the sunny Dominican Republic! 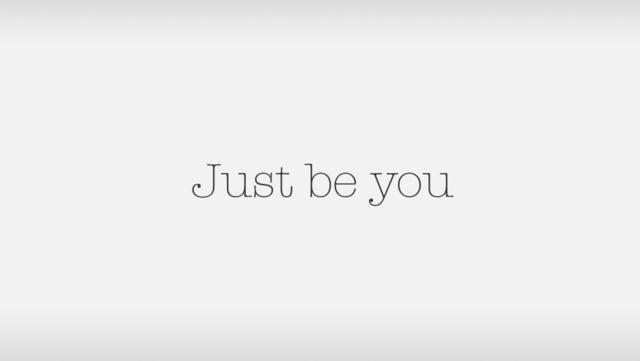