As noted in the last blog entry, I'm camped out at the Prospect Select Vero Beach Classic this week.  Many  things have stood out to me as I have had the pleasure to watch some incredible talent throughout the week.  While the last entry focused on how "elite" can take many different forms, I would like to address one distinct commonality I have noticed as well.  The "Elite Player" is composed as they perform.  The "as they perform" phrase is key to what I am saying.  As noted in the previous blog, it was interesting to see how some of the players at the Topps Showcase were joking around beforehand while others were locked in.  Some appeared very relaxed while others appeared to have some nervous energy worked up.  The reality of the situation is none of that ultimately matters.  What matters is the composure during actual performance.  What matters is the ability of the player to lock into the present moment and focus on the external task at hand.  Don't get me wrong.  If a player's nervousness prior to a game has an effect on the ability to perform, it absolutely needs to be addressed.  All I am saying is it is possible to be on either end of the nervousness spectrum before competition (think Inverted-U) and still perform on a high level.

Much of what I see as I watch NCAA regionals and super regionals centers around building a facade of bravado as players and as teams.  That is how a hitting routine turns into a hitter looking like he is a samurai warrior.  Ultimately, it is eyewash and a very surface level understanding of what sport psychology is really about.  One of my mentors within the field, Geoff Miller, has said what I mean really well.  Miller, or G as he is known to many, has questioned this "pump myself up" "confidence confidence" focus of the mental game by saying something to the effect of, "Well, what  happens if I take my deep breath and still don't feel confident?"  What does happen?  Do you just turn around and go to the dugout?  What ideally happens is you accept that you're not going to feel your best all the time and work to focus on the external task at hand.  The number one task of the hitter isn't to feel good.  I've never heard a coach say, "Alright, we have a runner on third base and less than two outs.  I want you to feel good about yourself for 3 pitches, and head back to the dugout."  The task of the hitter is to see the baseball and react accordingly.  This requires the hitter to trust himself to do what he has done thousands of time before and react.  Of course it is preferable to feel confident, but you still have to compete when you do not.

I've gotten sidetracked a little bit which is not unlike me for many of you who are regular readers of the blog.  Let's get back to the composure deal.  What stood out to me, again, about the elite players at the Topps Showcase was their composed look during performance.  They all had a look of confidence in their abilities that comes from any number of factors including talent, preparation, and past success.  Players stepped into the box for BP with some presence.  Infielders had a little "swagger" in how they took ground balls.  One player, Albert Suarez, even went between the legs on the transfer after he fielded a ball!  You don't do that if you are not confident in your abilities (I'm not recommending this on a regular basis, but it definitely made Suarez stand out!).  Pitchers took the mound and announced their presence with authority.  The look of composure was just as much in what didn't happen as what did.  Guys who took a bad round of BP or had a bad at-bat, for the overwhelming majority, did not come out of the cage pouting or slamming bats.  There was little, to no questioning of umpires.  One player was particularly impressive when he struck out on a called strike.  Another player, who had just done the same and complained, invited him to join in the strike zone pity party.  Instead, the player accepted responsibility and said he should have hit the pitch.  This player has a chance to be a special hitter, and I love the responsibility for performance he took!

The composed player deals with the "failures" that inevitably come with playing baseball.  The metaphor that comes to mind is that baseball, in terms of results, can be a series of peaks and valleys.  Composed players are able to limit the valleys by being steady mentally and emotionally.  They take successes and failures for what they are and move on. 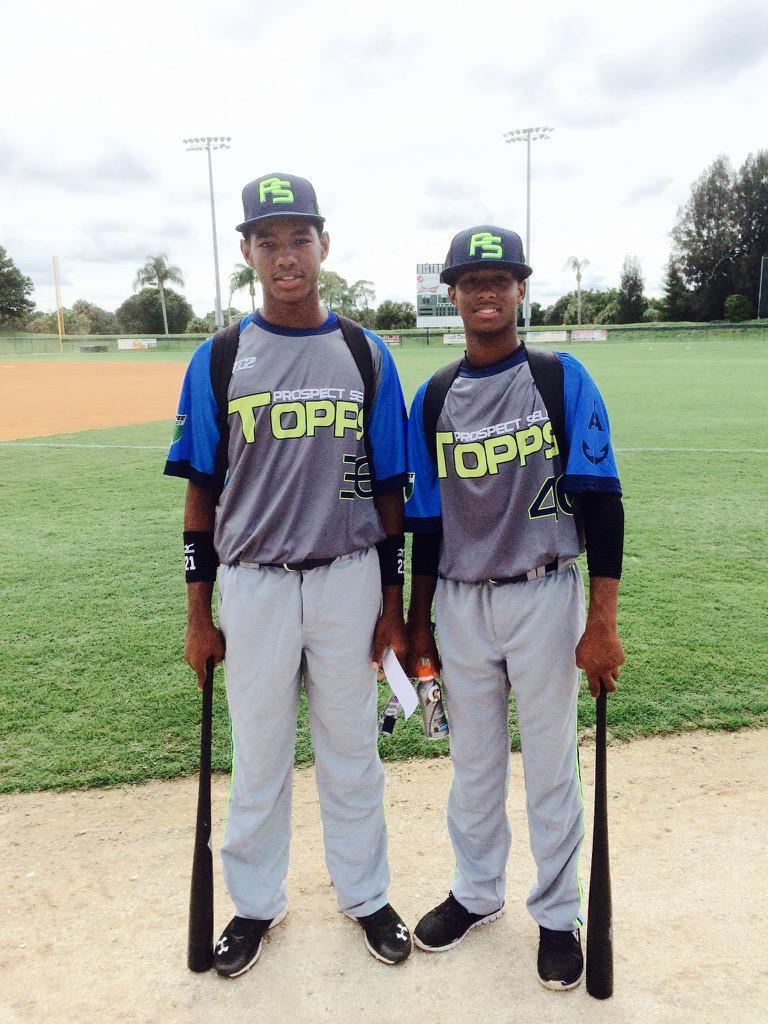