They Are the Warriors

Unless you've been living underneath a sports rock, you're aware of the Golden State Warriors and their pursuit of the old Bulls record of 72 wins in a season.  I'm not a diehard NBA fan, but I watch from time to time and am a fan of greatness in any field.  This Warriors team is great.  They have great players, a great coaching staff, and a great culture.  I've read numerous pieces about Steve Kerr and the influence of Gregg Popovich and Phil Jackson on his philosophy.  Kerr has also gone to visit the Seahawks, and the Warriors have embraced the same care for the players' day to day experience.  In short, Kerr has been willing to learn and take pieces of ways of doing things he likes.  He's done so without succumbing to the trap of losing who he is himself.  That is HUGE for young coaches especially.  We all have been infatuated with the play of Steph Curry and the overcoming of his light high school recruitment, but Klay Thompson, Draymond Green, and others have been crucial to the team's success as well.  The reasons for why they are great are far too many to list, but a couple things I've read and watched have stood out to me.  Here are my thoughts.

1. Steph Curry is a superstar who gets paid a lot of money to play basketball but somehow plays like a kid on the playground.  I know it's easy to stereotype Curry as playing like a little kid because he looks so young, but he really does look appear to have a great time playing the game.  Regardless of the situation or the hype surrounding the game (outside expectations), he plays incredibly freely.  The way he pulled up for the 34 foot game-winner like it was a free throw in the opening minutes was a microcosm for his freedom of play.  This is refreshing to see in the era of sports we are in.  Every day my Twitter feed is blown up with tweets about how great players don't do this or great players don't do that.  One popular thought is that great players are mean and play angry because they hate the other teams so much.  While this can be true in some cases, it's not a necessity.  It's irrational to say that every great player has a certain demeanor.  In fact, if I had to choose I'll take the athlete not driven by his hatred for his opponent.  I'll take the one driven by a love for the game he/she is playing instead.  My money is on him/her being the more consistent player who keeps proper perspective with the sporting experience.  For me to claim to know everything that allows Curry to play so freely would be irresponsible so I won't even try.  All I know is I love watching it and would love to see that joy become the norm.

2. There has been a lot of buzz as the season has progressed by the media (outside expectations) about how NBA legends from different eras feel about the Warriors.  It's kind of sad to see them talk about how the Warriors wouldn't beat this team or that team.  Oscar Robertson is the latest to say that Steph Curry wouldn't be that good when he played and that coaches today don't know how to plan defensively.  The Warriors don't seem to completely ignore it, but they treat the talk like an annoying fly in the room.  It's there and annoys them, but they don't allow it to affect how they play.  I thought Andrew Bogut, in addition to having some fun on Twitter by saying his 14U Australian team would beat the Warriors, summed it up well when he said, "Every generation says the next generation is softer and slower and not as smart and not as physical.  I hope I'm not one of those guys that does that."  I couldn't agree more and think the lesson  carries over to whatever level you are coaching or playing in.  Another "Whiny Coaching Twitter" theme is how players today are this or that.  They're "entitled."  They aren't "tough."  They don't work on their game outside of practice.  While I'm not saying any of the arguments are completely invalid, I've yet to see a problem solved via a Twitter feed.  If it's really a problem, do what you can to handle it instead of airing your grievances over social media.  It may make you feel a little better to know other coaches have the same issues, but it really just widens the divide between player and coach.  I go back to one of my favorite quotes from Rangers manager Jeff Banister.  "You can't coach today's players by yesterday's rules."  Today's athletes are different.  This comes with both positives and negatives.  What you choose to focus on is up to you.

Those are just a couple of takeaways for the week of enjoying one of the greatest basketball teams we have ever seen.  What have you gotten from watching them?  I'd love to hear about it. 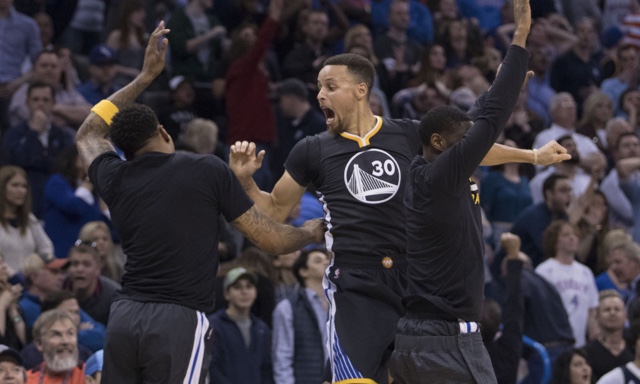